FOB Korea benzene and CFR Northeast Asia paraxylene (PX) prices strengthened in the first half of the week but fell back in the second half of the week along with changes in crude prices. As China, a major consuming country was on holidays, few bids and offers were seen in general. Some PX makers apparently reduced production due to a fall in profitability.

In the Northeast Asia ethylene market, activity was muted as China, a major consuming country, was on holidays until Oct 7. Due to the impact from the Chinese government's energy conservation policies, operation rates of coal-to-olefins (CTO) and methanol-to-olefins (MTO) facilities fell and supply for ethylene decreased. On the other hand, as power supply was in shortage along with the energy conservation policies, operation rates of derivative facilities decreased and ethylene demand was perceived to recede. Offers for November cargoes were observed for delivery to a Northeast Asian country other than China.

In the Asia propylene market, as China was on National Day holidays until Oct 7, players were limited and activity was muted.

In the Asia butadiene market, supply remained ample and sentiment was weak. In Northeast Asia, many end-users had finished procuring necessary cargoes until November and buying interest was thin. On the other hand, Asian cargoes were available and non-regional cargoes were also flowing in. Therefore, supply was perceived to be plentiful. 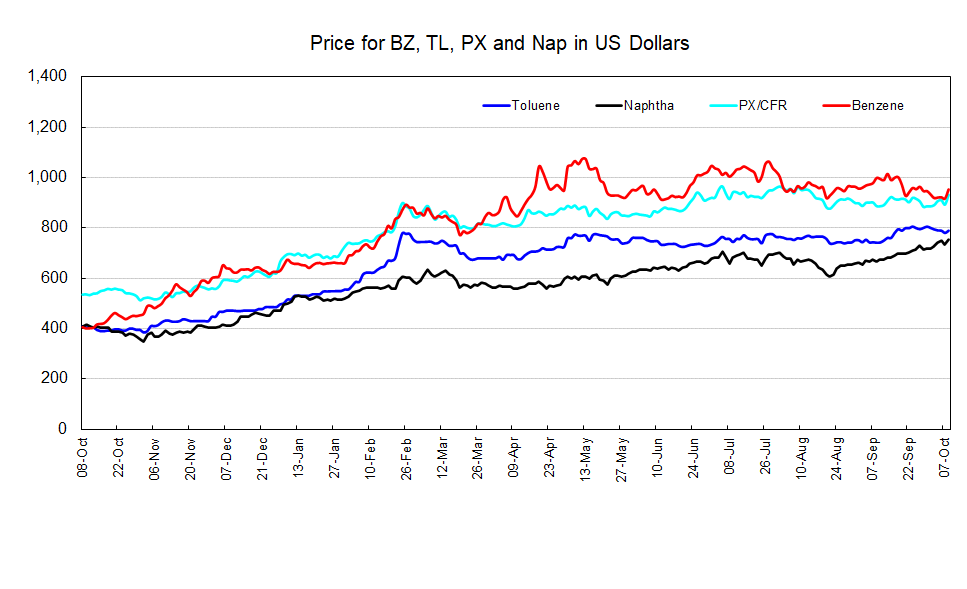