The FOB Korea benzene market strengthened along with crude prices. The CFR Northeast Asia paraxylene (PX) market moved in a narrow range. PX prices were supported by a rise in feedstock costs but were curbed by views that supply/demand might slacken going forward.

The CFR Northeast Asia ethylene market decreased since new ethylene facilities were starting up one after another in China and Korea and supply was becoming ample. Under this situation, end-users expected that prices might fall going forward and retreated to the sidelines. Further, since new and expanded derivative facilities were also starting up, derivative prices were also perceived to soften. This also weakened buying interest.

In the Asia butadiene market, talks on exports were progressing. In Northeast Asia, amid firmness in European and US benzene prices, some players moved to sell Asian cargoes to outside the region such as the US. As a result, perceptions of ample Asian supply receded and sellers adopted a bullish stance. Under this situation, sentiment strengthened. 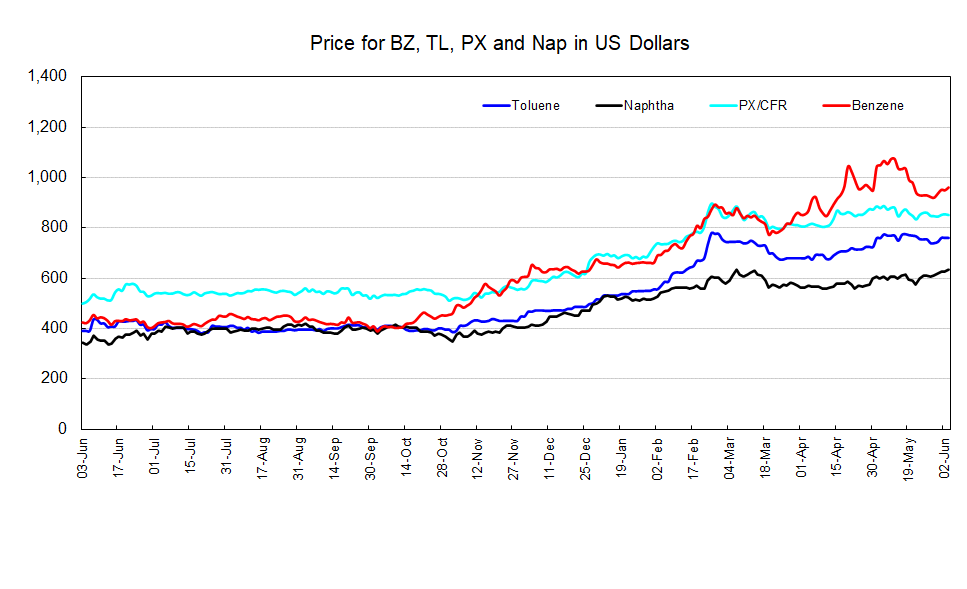